Simeon Tienpont was skipper for team AkzoNobel in the 2017/18 edition of the Volvo Ocean Race. Looking back at some of the highs and lows of the race, Simeon shares his insights into team selection and how developments in high performance sailing filter down to the naval architecture sector.

Arguably the toughest event in the sailing calendar. As a team event, does the Volvo Ocean Race get easier as it goes on?

Not really. The best thing about this race is that there is no other sporting challenge like it. Not only does it cover 50,000 nautical miles around the world over nine months, every leg in the race is substantially different. 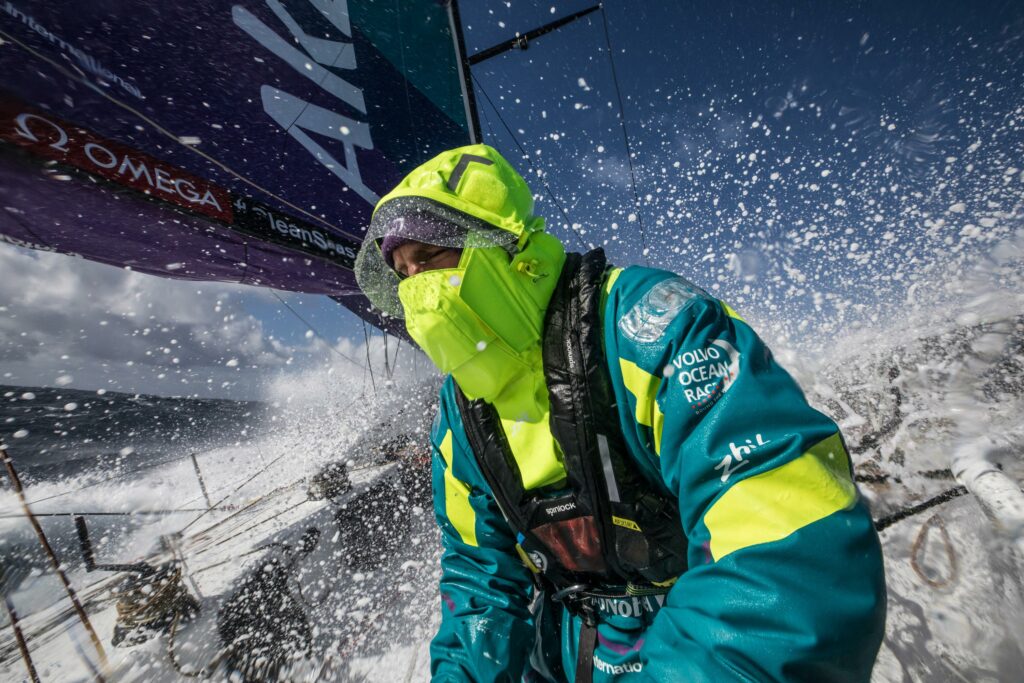 Therefore you need to have very good technical preparation – for the boats, the crew and for the weather. In our campaign we emphasized the three pillars of boat performance, environmental performance and life science performance; maintaining the crew physically and mentally.

We shaped tools beforehand to really learn about all three of these aspects – it is these tools that can make your life a lot easier during the race.

As skipper, how did you help the team mentally through the race?

The role of skipper really starts when you pick the team. And that’s the nice thing about sailing – all the different specialisms you need. Helmsman, bowman, navigator for example. But you also see a very broad range of ages involved. In soccer everyone is between 20 and 30, but sailing is different. We have a 52 year-old navigator, and a young female helmsman who is an Olympic gold winner too. There are also a lot of different cultures involved. 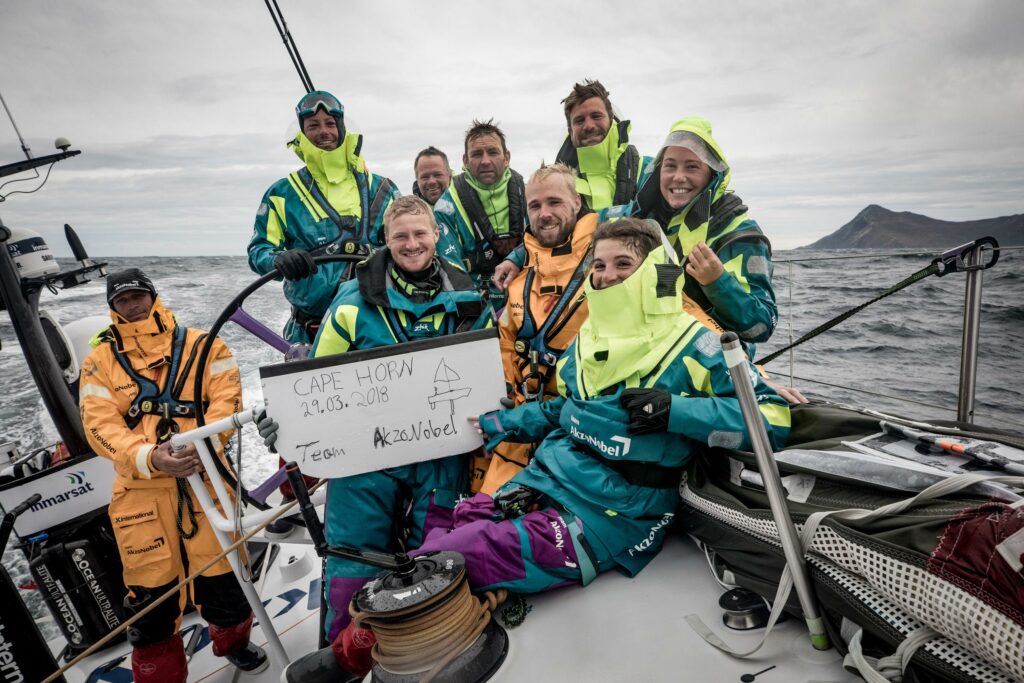 The whole psychological side of the race starts when you pick the team. For me, I always sail by one rule – and that is to pick the best people for the job. And during the race my job as skipper is to make sure that these people work together, respect each other, support each other, and motivate each other.

What are your high points from the previous edition of the Volvo Ocean Race?

This was a very challenging campaign. It was always going to be the case that we were a new team in a new boat. As soon we started preparations, we were very much aware that we had to be smarter than the other teams. This was to bridge the gap of the advantage that they had over us because they had already participated in the previous edition.

In terms of team structure it was a big investment to get things up and running. Nevertheless, I think we did an outstanding job; especially building the human capital and using the expertise of our performance partners.

This was a very rewarding race. One specific high point is that, from Melbourne onwards, we had the feeling that we were as fast as the other guys – and actually developing on many fronts faster than the other teams. 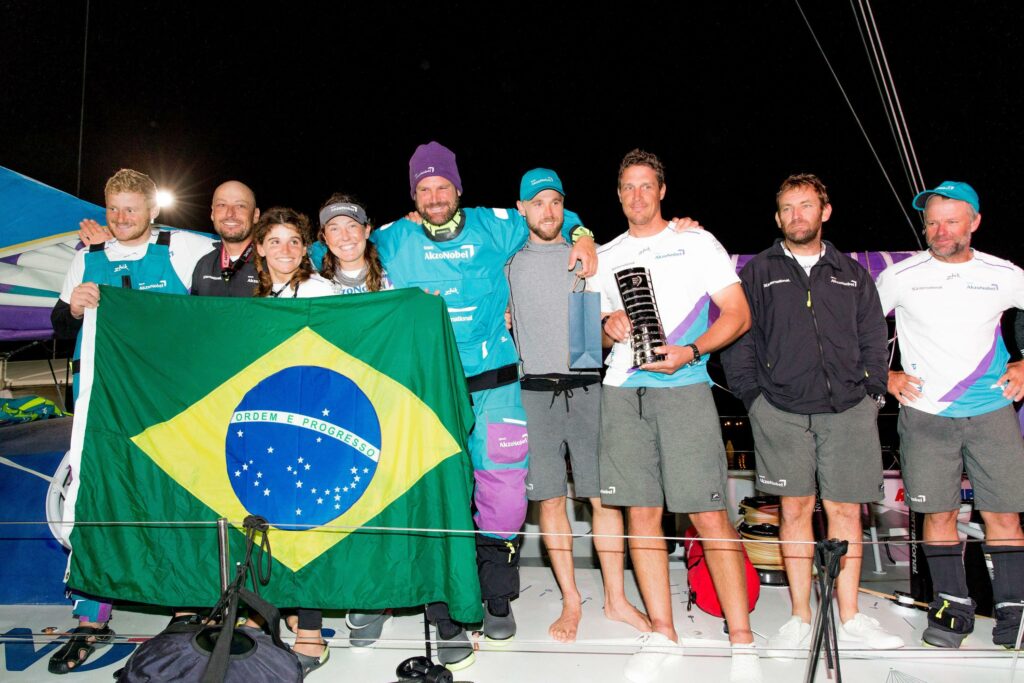 Looking back now, from Melbourne to the finish in The Hague, we had six podium positions. This was the same amount of podium positions as Dongfeng Race Team [the eventual winner of the race] – which takes us to the frustrations that you can face during the race.

One big frustration was the mast breakage between Cape Town and Melbourne. This was especially frustrating because this leg was a double-pointer so it really hurt us in the point system.

We also had challenges with our major sponsor – basically this gave us a terrible start. But we fought for what we stood for and we overcame these challenges to sail the race as well as possible.

Do setbacks bring the team closer together?

From the beginning of the first leg in Alicante, we were already a tough team – for a lot of the time, this is the trick in sailing. You can say that there is a lot of luck involved, but at the end of the day every team gets the same amount of luck – and the same amount misfortune too. It is how you deal with this that shapes the character of the team and makes you a winner or a loser. 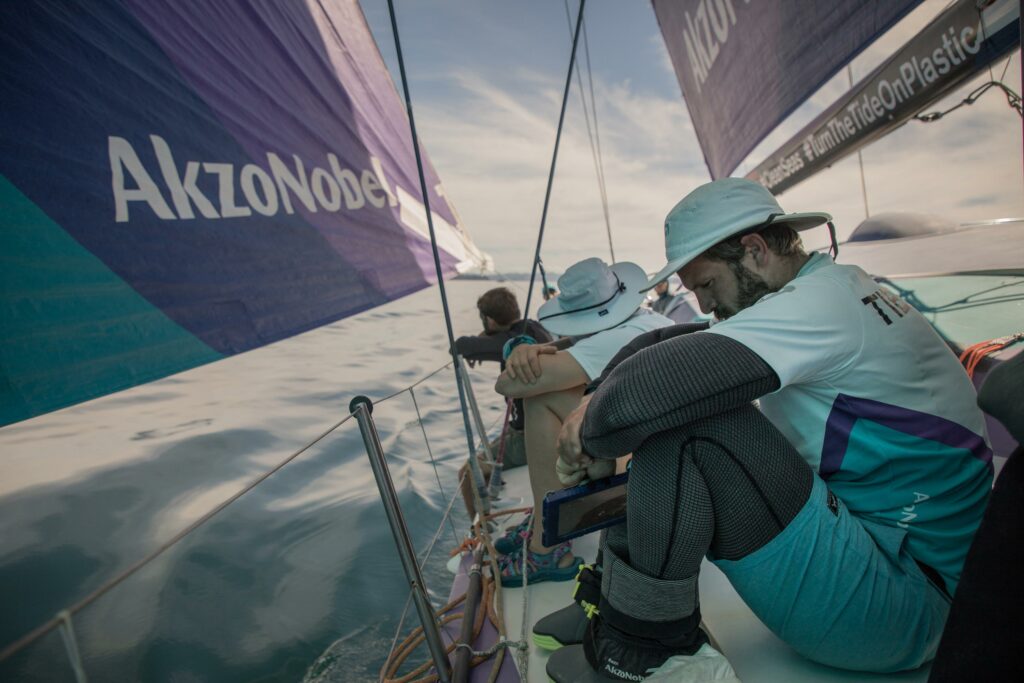 As a team, you win together and you lose together. But the biggest motivational factor is that the whole team always gives 100 per cent.

You are a qualified naval architect. Does this help you as a professional sailor?

Of course, as a child I dreamt of doing the Volvo Ocean Race, but I never thought I would ever become a professional sailor. The fact that I am a naval architect is more or less the reason why I am standing here today.

When I finished my naval architectural studies, I got an opportunity to do the Volvo Ocean Race. After that I was always asked back into professional sailing – I have done three America’s Cups and two more Volvo Ocean Races.

For me, it’s comparable to what you see in motor racing. In terms of design and construction, the boats are evolving so fast. We can design boats lighter and lighter, and the design becomes more and more accurate. But also there are so many more systems on board, electronically and hydraulically. Therefore, to sail these boats to a maximum, you need a different type of sailor than before. You need more of a technical understanding of the forces that go through the boat.

This is a very important factor nowadays. If you want to collect, measure and analyse data to make decision-making tools, then you have to completely understand what is going on around you. More technical support needs a more technical approach.

Are there other naval architects on the team?

On the sailing team itself there were two other guys with a technical engineering background. But it is good to have a mix of people – for example, when you have a complex problem to solve, it’s nice to have the right approach. 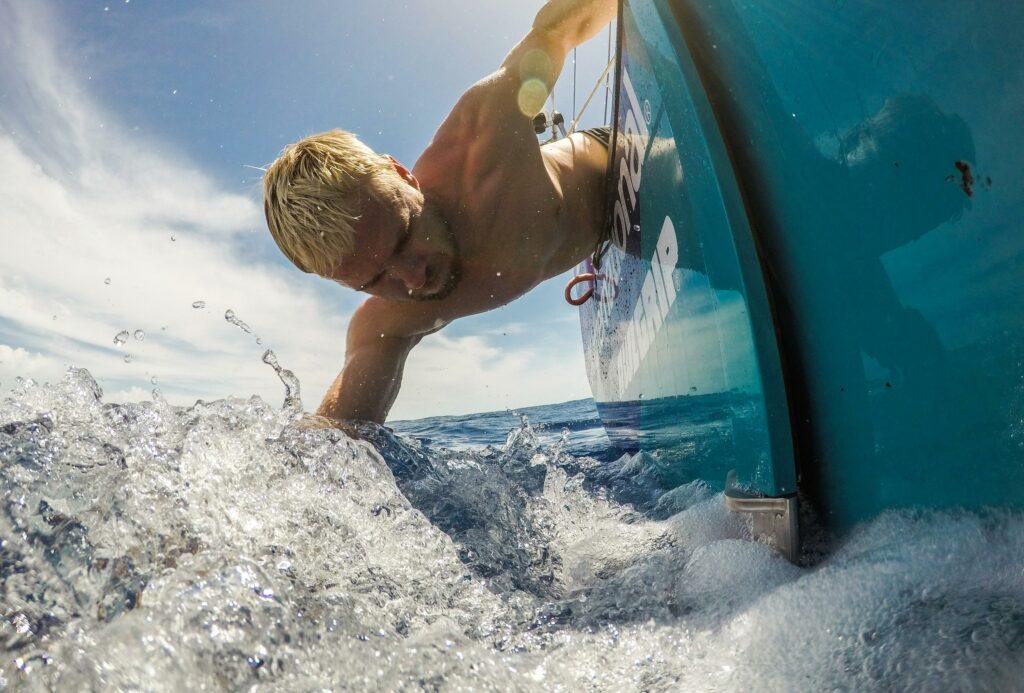 I’m a very big believer of surrounding yourself with an international team. Sometimes you don’t make it easier for yourself as a manager, but for sure you get more input and different views. For example, a Brazilian approaches a problem differently than a New Zealander. If you can use this in the right way, it is unbelievably powerful.

C-Job’s Commercial Director Job Volwater was working as Sailing Team Director for Team AkzoNobel. How else was C-Job involved in the team?

The biggest help that we got from C-Job was support with a performance programme at MARIN [Maritime Research Institute Netherlands] that gave us a much better understanding of the boat.

We developed the VPP [Velocity Prediction Programme] tool – a unique tool that we could not only run as a model in flat water, but also in waves. You can simulate the boat very, very accurately; changing any factor you want – like sailing angle, crew weight, and sail plan. 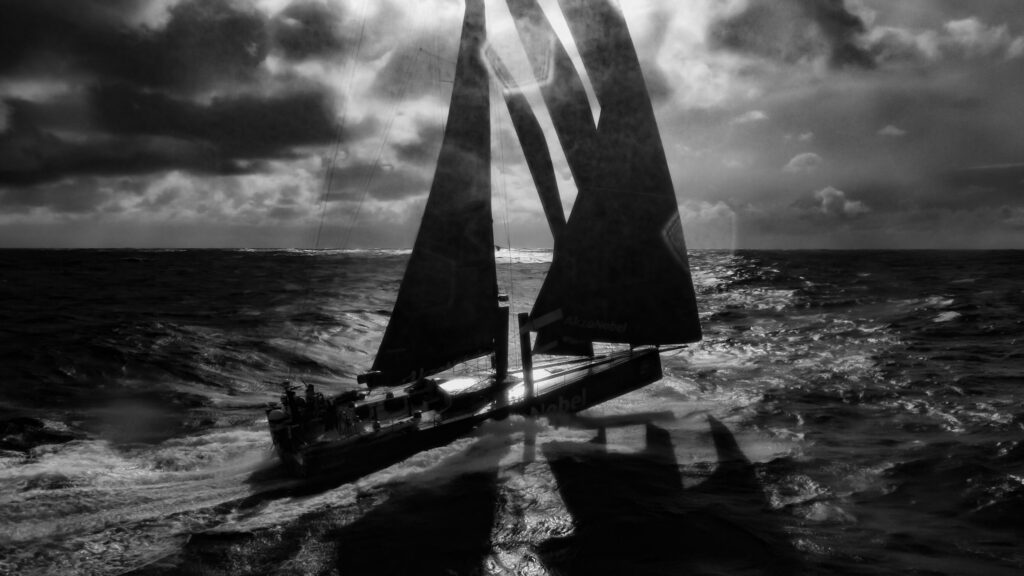 But being able to run this through waves was quite unique – and helped to better understand the performance of the boat, especially in various weather conditions. This helped a lot in preparing for a leg. We can see if it is going to be a heavy weather leg or a light weather leg – and we can play with all the different parameters like ballast, sail plans, and weight beforehand. This really helped us to get the best performance and also the best route – because sometimes you can sail faster in 17 knots of wind than in 30 knots.

What can the ship design sector learn from the sport of sailing?

Although this sport is a niche – the same as Formula 1 – developments always flow back into the bigger industry. For example, the design software we used will really help in the future of designing fast navy vessels or fast superyachts.

It is also a treat for us to find the people and the resources to support the team in a proper way and to create a win-win situation. Our partners became part of the team. And the truth is that a lot of times the knowledge that companies use to design a dredger or a fast ferry, for example, is not as sexy as for a high performance racing yacht. So this is a very good way for the industry to show the broader public what they can do.

What would you be doing if you weren’t a professional sailor?

I would be working in the maritime industry for sure. I love to be involved with the design of anything that floats on water. I love to create ideas and think about solutions that haven’t been done before. I am not diehard engineer though – I think I would have been working in the industry, but in a more of a hands-on job.

Melbourne to Hong Kong, day 01 on board AkzoNobel [photo by Sam Greenfield VOR]

Any cookies that may not be particularly necessary for the website to function and is used specifically to collect user personal data via analytics, ads, other embedded contents are termed as non-necessary cookies. It is mandatory to procure user consent prior to running these cookies on your website.

Join our mailing list to receive the latest news and updates from C-Job (about 5 times a year).

You have Successfully Subscribed!

Our NewsFlash comes out about 5 times a year.