As a ship’s fuel, methanol is among the handful of potential candidates to take the maritime industry into a more sustainable future. Earlier this year C-Job Naval Architects joined the Green Maritime Methanol Consortium. Here C-Job Lead Naval Architect Niels de Vries answers some of the key questions about using methanol as a ship’s fuel.

First of all, can you give us a brief introduction to methanol?

Methanol is already a well-established, but alternative fuel for internal combustion engines. In terms of chemistry, methanol uses carbon as the hydrogen carrier. This carbon has traditionally been sourced from fossil fuels (‘grey’ methanol). More recently, sustainable techniques are being used that use CO2 from the atmosphere. This ‘CO2 recycling’ is essential and can be done using renewable energy to power the production process of ‘green methanol’ (𝐶𝑂2 + 3𝐻2 → 𝐶𝐻3𝑂𝐻 + 𝐻2𝑂). Here the hydrogen production should be sourced from electrolysis of water also using renewable energy. Alternatively, green methanol can also be made from biomass, known as bio-methanol, is more readily available. Bio-methanol combined with synthetic methanol could supply the market of renewable fuels in the future.

What about its role as a ship’s fuel? 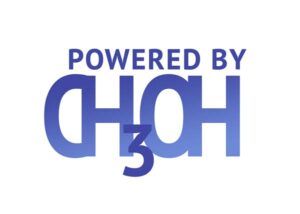 There are three main factors involved, all relating to the economics of the subject. Firstly, the cost of renewable energy needs to be reduced. The cheaper it is, the cheaper the green methanol will be, and the more attractive it will be as a sustainable ship’s fuel. Secondly, attitudes to costs (which are still an obstacle to many ship owners) are changing. You will need clients who are prepared to pay more for clean transport and public opinion plays a very strong role here for several ship types. The cruise and ferry markets are a good example where the paying customer has direct contact with the vessel and is therefore very aware of the environmental footprint of that vessel.

The final point is about something that will probably happen in the future: the taxation of polluting emissions, a CO2 tax. This will make sustainably produced alternative fuels financially more attractive. Methanol has great potential to be a sustainable ship’s fuel in the future, therefore the maritime industry must consider renewable fuels when updating their fleet to make them future proof. This is the only way to achieve serious carbon dioxide emission reductions.

How is C-Job involved in the Dutch Green Maritime Methanol Consortium?

Our contribution will be design input in addition to safety analysis and risk assessments. Our focus on design will concentrate on systems integration; designing an effective and balanced solution that matches the requirements.

The Consortium is a two-year project. What are the principle goals?

We want to look at the impact of methanol propulsion systems on ship design as well as the effect of methanol on the propulsion system itself. And, of course, economics are an important issue; looking at when it will be financially attractive for a ship owner to choose methanol as a ship’s fuel. To this end, the aim is to lower the barrier for methanol implementation both on vessels and the entire supply chain.

Methanol is interesting for what type of markets and vessels?

Of course, the Consortium is looking at various vessel types. Not only cargo vessels are being evaluated in this phase, as attention will also be paid to ferries, dredgers and support vessels operating in coastal waters.

C-Job’s is also researching the potential of ammonia
as a sustainable maritime fuel. Which one is better?

It must be stated that ammonia and methanol complement each other rather than devalue each other. Yes, ammonia is cheaper to produce in megajoule per megajoule, but on the other hand, it takes up more space and is heavier than methanol. It also requires cylindrical tanks instead of conventional rectangular tanks. Because every type of ship has a different operational profile, the pros and cons for ammonia or methanol will therefore vary depending on what is needed. The knowledge that we have through our R&D investment means that C-Job can support ship owners during this decision-making process.

Any cookies that may not be particularly necessary for the website to function and is used specifically to collect user personal data via analytics, ads, other embedded contents are termed as non-necessary cookies. It is mandatory to procure user consent prior to running these cookies on your website.

Join our mailing list to receive the latest news and updates from C-Job (about 5 times a year).

You have Successfully Subscribed!

Our NewsFlash comes out about 5 times a year.